Stronger and longer than stock Toyota replacement knuckle studs and more affordable than our Magnum Studs these studs will provide great strength without breaking the bank. Each stud is constructed from a proprietary metal made exclusively for Trail Gear.  These studs are manufactured to our strict specifications and are significantly stronger than OEM standard (testing exceeded Class 12.9 standards). Trail Gear super metal knuckle studs are .250” (1/4”) longer than stock to accommodate all aftermarket steering arms. Like our Magnum Studs, TG super metal studs feature an integrated 8mm hex head for easy removal. These studs should be your first choice for knuckle hardware when repairing or upgrading your high-steer system.

Kit consist of the following: 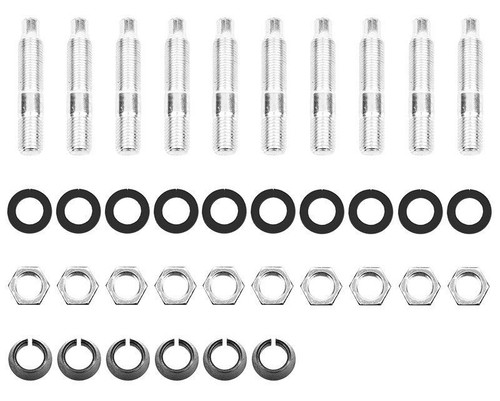